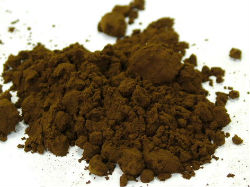 Description
Known as the “King of Medicinal Mushrooms,” chaga is the second most antioxidant-rich food in the world aside from chocolate. Found on yellow and white birch trees in cold regions like Siberia, Alaska and northern Canada, chaga has been used in traditional Chinese medicine for centuries.

Nutrition Benefits
Chaga contains very significant amounts of powerful antioxidants with far reaching health applications. Other key chemical ingredients include polysaccharides, phytosterols and triterpenes like botulin and betulinic acid which give chaga a diverse range of therapeutic benefits.
Ergosterol peroxide specifically is a medically interesting component of Chaga. Ergosterol peroxide has shown anti-tumor, anti-inflammatory, antiviral and immunosuppressive capabilities in the lab.
Chaga is considered to be an adaptogen; a substance which helps normalize and balance body functions. Research has demonstrated that chaga could both stimulate immune response while simultaneously reducing inflammation unlike most medications which typically have one effect or the other.

Culinary
The most popular way to consume chaga is by drinking a delicious cup of chaga tea. Put between one and 2 teaspoons of powder into a teapot and add boiling water. Let the chaga steep for at least 5 minutes; the longer it steeps the more medicinal ingredients you will be able to extract. Add honey to taste.