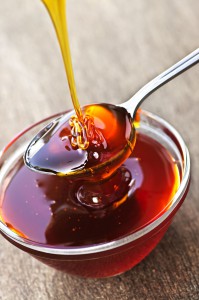 Description
Yacon is a plant that grows in Peru and northern Argentina, among other countries. Although our organic raw yacon syrup tastes sweet, its sweetness come from inulin, which is an indigestible sugar. So it contains fewer calories than other equally sweet things.

Some people say yacon syrup tastes like raisins, a strong apple flavor, a touch of molasses. It is delicious on oatmeal, but you can also spoon it on desserts and drizzle it in smoothies. You can also bake with it, use it in barbecue or teriyaki sauces, or add it to salad dressings.

Nutrition Benefits
The health benefits of yacon include its ability to regulate blood sugar levels, monitor cholesterol, and aid in weight loss, among others. Yacon also help in controlling diabetes as it prevents the body from absorbing simple sugars.

Culinary
Use in place of sugars and syrups in everyday cooking.