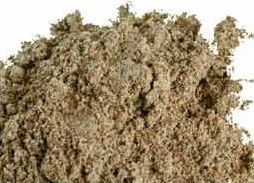 Description
Milk thistle, a natural herb that has antioxidant and anti-inflammatory properties, is commonly used to detoxify the body, especially the liver. Milk thistle (which has the scientific name Silybum marianum) is a weed that grows in many parts of the world with a warm climate and is commonly turned into extract or supplement form in order to reap its cell regenerating benefits.

Nutrition Benefits
Milk thistle contains silymarin and silybin, antioxidants that are known to help protect the liver from toxins, including the effects of alcohol. Not only has silymarin been found to increase glutathione (a powerful antioxidant that is crucial for liver detoxification), but it also may help to regenerate liver cells.

However, to regard milk thistle as solely a herb for liver health would be doing it a disservice, as it has many additional benefits. Among them are potential anti-cancer effects. But there are many others:

Kidney health:  It shows promise for stimulating cell regeneration in the kidneys and may prove useful even in patients on dialysis.

Diabetes: Among people with diabetes, those who took silymarin for four months experienced improvements in their glycemic profile, including a significant decrease in glycosylated hemoglobin (HbA1c – a measure of blood sugar average over the last three months), fasting blood glucose, total cholesterol, LDL cholesterol, and triglycerides compared to those taking a placebo. Milk thistle may also improve blood sugar control in people with diabetes.

Brain health: Milk thistle appears to have neuroprotective properties and there is early research suggesting it may be beneficial for multiple sclerosis and Parkinson’s disease. Animal studies also suggest that silymarin may suppress the formation of amyloid beta-protein (a toxic protein linked to Alzheimer’s), thereby helping to prevent Alzheimer’s disease.

Culinary
Making a tea is a great way to access the health benefits of milk thistle. Steep powder in 3 cups of boiling water for about 15 minutes and strain. Enjoy 30 minutes before meals or bedtime. You can also add the powder to smoothies or water.